skip to main | skip to sidebar

Just to give you an idea of how much pipe had to be laid, I found out that the shed is around 420' feet from the road.

On Monday, Scot was able to glue together all the pipes and lay them in the trench. 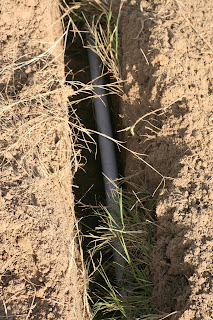 He then was able to connect them to the main water line at the road. 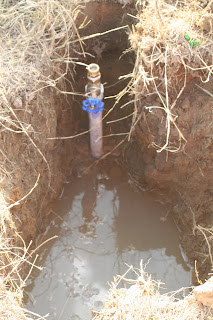 Once he tested it and the pressure was good, he was able to back fill the trench. He first did it with the trencher ...... 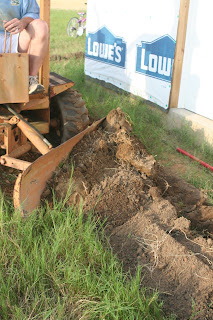 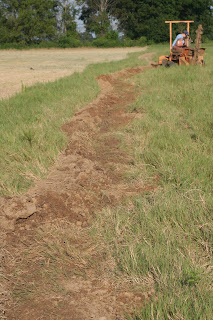 then, it was manual labor to pack it in. He still has a lot of packing to do. Hopefully, by the weekend it will be how he wants it! 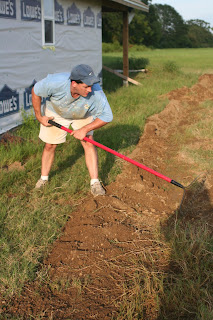 It is so awesome that he was able to put faucets where ever we wanted them. Knowing where there would be flower beds, he was able to add a connector for water hoses which will be so nice!

He had planned from the beginning to have a utility sink in his shed. You may remember the pipes sticking up out of the slab. (For fun, I thought I would share the pic with you :) 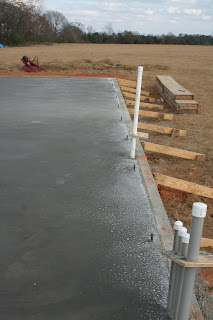 He was finally able to connect it and now it just needs the sink!

This is the pipe going up through the foundation.... 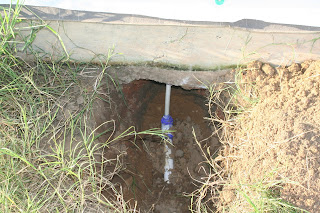 and the pipes inside the shed where the sink will be. 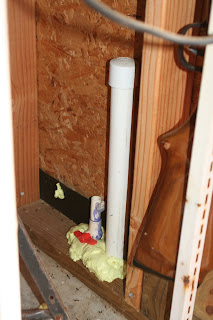 He is also put a faucet in the back of the shed and one on the side. 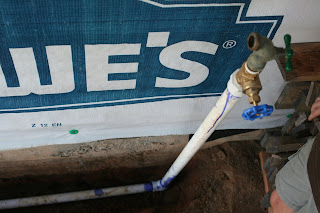 No, this is not how he is going to leave it. He did not have enough connectors (or whatever they are called) to get it installed the way it should be. He will fix it this weekend.
We are both so excited to get this project done! Now that we have water up at the shed, we will be able to plant some things and keep them watered a lot easier!!!
Posted by Amanda at 12:28 PM

Amanda
I am a wife to an amazing husband and a homeschooling mom to four incredible children. The moments of life are slipping away so fast...I just want to stop and live fully in each moment. I want to remember all of the little things in our day to day life, because I know that all too soon these days will be gone. These are our days, our moments, our memories. 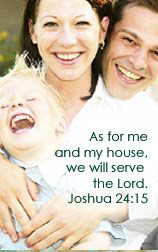